HEMP VS MARIJUANA: HOW ARE THEY SIMILAR AND DIFFERENT?

You’ve likely heard the terms hemp, marijuana, and cannabis used interchangeably. Hemp and marijuana are actually both cannabis, so on the surface, they're almost the same thing.

In fact, to the naked eye, hemp plants and marijuana plants look mostly identical. When you look at them on a molecular level, their chemical compositions only differ by small variations.

So what's the difference between hemp and marijuana then?

Because of this, hemp and marijuana are used for different purposes and thus different laws apply to each. We'll explore all of these in the next sections and give you some marijuana and hemp facts.

So are hemp and marijuana the same? The answer is no.

In simple terms, hemp is legal on a federal level and marijuana is not. This is due to their inherent differences in THC content in each type of plant.

As of December 2018, hemp and its products are legal under the Hemp Farming Act of 2018. Prior to that, it was classified as a Schedule I substance. Today, not only can states produce hemp products, but consumers can safely and legally buy and use them as well.

When it comes to marijuana, things get a little more complicated. On a federal level, marijuana products and usage are still illegal. This is heavily due to the 1930s smear campaign against hemp and marijuana titled “Reefer Madness.” 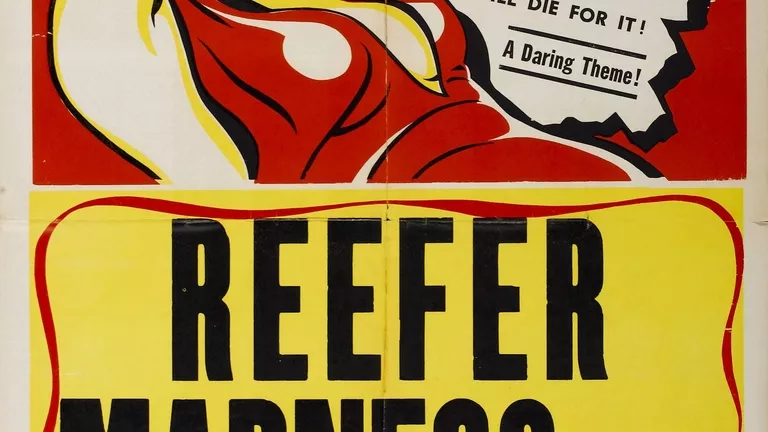 However, many states have legalized usage for medical and/or recreational use, such as California, Oregon, Washington, Nevada, Oklahoma, Michigan, Colorado and more. There are many others that are in the process of passing legislation to legalize marijuana use for either medical or recreational reasons.

You might be wondering: can a state test differentiate hemp vs marijuana? The answer here is yes and no as it will depend on your state and local government, and whether or not they have either purchased cannabis testing equipment, or work with independent labs to get cannabis tested.

As of April 2020, state crime labs in Ohio can differentiate between hemp and marijuana, as they received grant funding to purchase cannabis testing equipment, which sets the precedence for many other states to follow. That said, this technology is not readily available for most police departments, nor are most local PD’s willing to pay 3rd party labs to test cannabis, therefore, many states are not likely testing cannabis but will depend on each city and state. Keeping a lab test handy for your hemp or mariuana products remains important to ensure you are in compliance with your local and state laws.

THC IN HEMP VS THC IN MARIJUANA

As we pointed out earlier, the THC content in marijuana is over 0.3% while it's under this amount in hemp. Marijuana can sometimes have a THC content as high as 30%. This is one of the main hemp and marijuana differences.

But what is THC exactly? THC (or tetrahydrocannabinol) is a cannabinoid, one of at least 113 found in cannabis plants. It's one of the most important ones because it's what gives marijuana its psychoactive effects. When people ingest marijuana, they get "high," which gives marijuana its usefulness as a recreational substance.

With hemp, you can ingest its products without feeling high. This means you can reap all the benefits of cannabinoids without being impaired.

CBD IN HEMP VS CBD IN MARIJUANA

Another cannabinoid you may have heard about in recent years is CBD, or cannabidiol. It's become extremely popular because the one main difference between CBD and THC is that CBD won't get you high. This, plus the fact that it has many (if not most) similar benefits of THC, makes CBD an extremely attractive alternative to the THC-heavy marijuana strains.

Unlike with THC, hemp and marijuana products have differing amounts of CBD in them, depending on the strain, type of product and more. So, opposite of THC, both hemp and marijuana can have high amounts of CBD. The difference, however, is that CBD extracted from Marijuana will also likely contain a good enough amount of THC along with it, thus the product will likely cause a psychoactive effect. CBD extracted from hemp, on the other hand, would not contain much THC if at all, and thus would not cause the “high” effect. So, when buying a CBD product, it is very important to be sure to check the lab test or ask the budtender from your local dispensary where the CBD is derived from to ensure you don’t get a marijuana CBD product when you are interested in a hemp CBD product.

CANNABINOID AND TERPENE RATIOS IN HEMP AND MARIJUANA

The beauty of cannabis plants is that they are rich with multiple compounds, and not just cannabinoids either. In addition, you'll find terpenes, which are aromatic oils that may have some benefits, such as the entourage effect.

Naturally, the ratios of cannabinoids and terpenes will be different between hemp and marijuana.

In general, hemp won't contain as many cannabinoids as marijuana does. However, both will have THC, CBD, and numerous other cannabinoids, depending on the product type, manufacturer and more.

In addition, marijuana usually has more terpenes than hemp does. This, plus the higher THC content, is what gives different marijuana strains its potency.

For example, a ratio of 2:1 means there's double the THC as other cannabinoids and terpenes. So 15:1+ ratios will be much stronger than those of 1:1 or 2:1.

Throughout history, hemp's been used for various purposes. This is because its fibers are some of the strongest known to mankind.

Hemp's also used in cooking, with hemp seed-based products such as flour and cooking oil. In more recent years, people have started using hemp in body care products, such as lotions, soaps, shampoos, and even cosmetics.

And even more recently, hemp's been in the spotlight because of its ability to deliver CBD products without a high THC content. Not only is it easier for manufacturers to make these products because of the Hemp Farming Act of 2018, but it's also more attractive to consumers since they can reap cannabinoid benefits without becoming intoxicated.

Because of this, hemp products like topicals and oils have become very popular.

On the other hand, one of the main uses of marijuana is for recreational purposes. People smoke, vape, or eat marijuana products specifically to get feelings of euphoria.

However, marijuana has a more powerful use: there's some research and evidence that it can be a viable alternative to painkillers. Not only does it seem to be just as effective, but there are fewer harmful side effects too. This is why some states have made medical marijuana legal.

Many people anecdotally use marijuana to manage varying types of ailments, so comparing marijuana to hemp, its typical use is either recreational in nature or to help manage symptoms one may be dealing with.

Hemp is usually grown outdoors to maximize on the crop yield. Because it serves multiple purposes, hemp growth isn't very meticulous; growers typically focus on the size and amount of crops they can grow and harvest.

On the other hand, marijuana is bred for specific strains and THC yields. This means growers need to carefully control the conditions their crops grow in.

For this reason, marijuana plants are mostly grown indoors with controlled lighting, temperatures, and humidity levels. This allows the marijuana plants to grow buds, which only appear on female plants.

WHERE TO BUY HEMP AND MARIJUANA

With the advent of the internet, it's very easy to buy hemp products online. All hemp products should be legal in the US, which makes it easier for businesses to sell. There are various online sellers, so make sure you do your research to ensure you're getting quality products.

For marijuana, it may be more difficult to get your hands on this substance. Every state varies in their laws, so make sure you also research this before you buy from a source, even if they seem reputable. If marijuana is illegal in your area, then you risk getting into legal trouble.

If you live in a legal state, then you should be able to go buy marijuana from dispensaries. You can even place your order online and have it delivered by third-party services.

NOW YOU KNOW THE DIFFERENCES BETWEEN HEMP VS MARIJUANA

After reading this blog, you now hopefully have a better understanding of hemp vs marijuana.

As you can see, both hemp and marijuana are good to use. But of course, they have their own unique benefits. So your reason for taking either hemp or marijuana will depend on what you're trying to achieve with it.

The great news is, if you can't decide, many people actually take both, depending on where they are, when they're taking it, and what they want as results. So if you're having a hard time deciding, give both hemp and marijuana a try and see if that works for you!

Would you like to get started on your marijuana journey? Then take a look at our selection now.