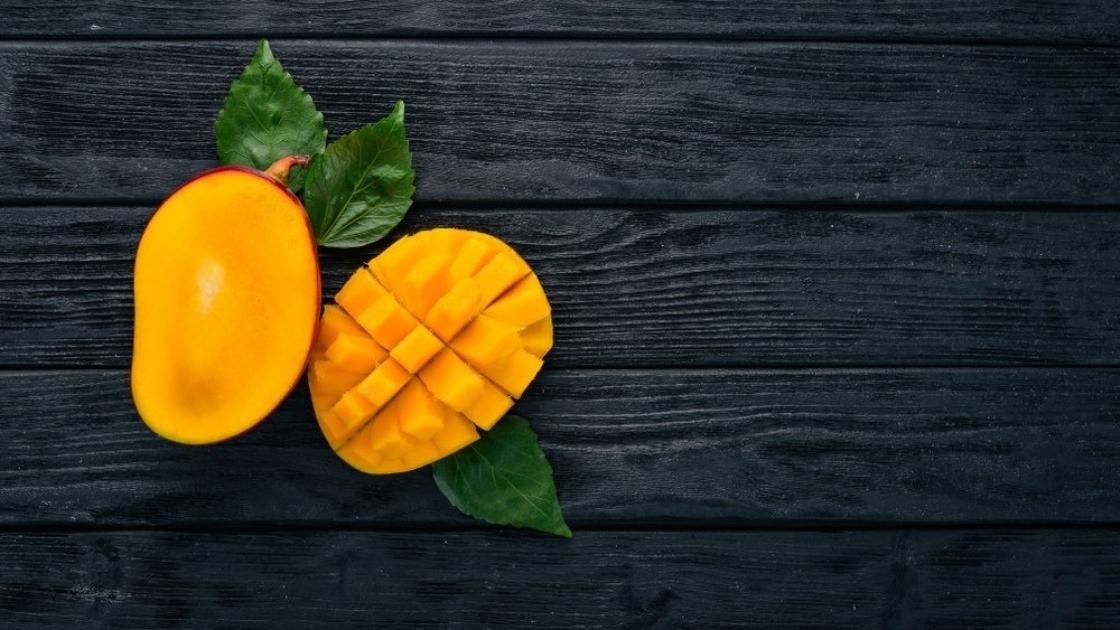 Terpenes 101: What is Myrcene?

Terpenes: What You Need to Know

First, time for a quick refresher on terpenes. Terpenes are aromatic compounds found in all plants. They’re responsible for creating scents and flavors. Think the unmistakable citrus tang of a freshly squeezed lemon or the calming balm of lavender.

There are about 150 terpenes found in cannabis plants. Most of them only occur in tiny quantities. But some, like myrcene, are more common. Each strain contains a different combination of terpenes, which means they each have a unique flavor, smell, and effect.

Terpenes change and enhance the effects of cannabinoids. This leads to more complex, interesting, and powerful effects than THC or CBD alone. Researchers have even found that full-spectrum cannabis extracts are more effective medicines than isolated cannabinoids.

In short, the entourage effect is why every cannabis strain is unique. It’s the reason that Jack Herer will enhance your creativity, while Northern Lights has you sinking into the couch. 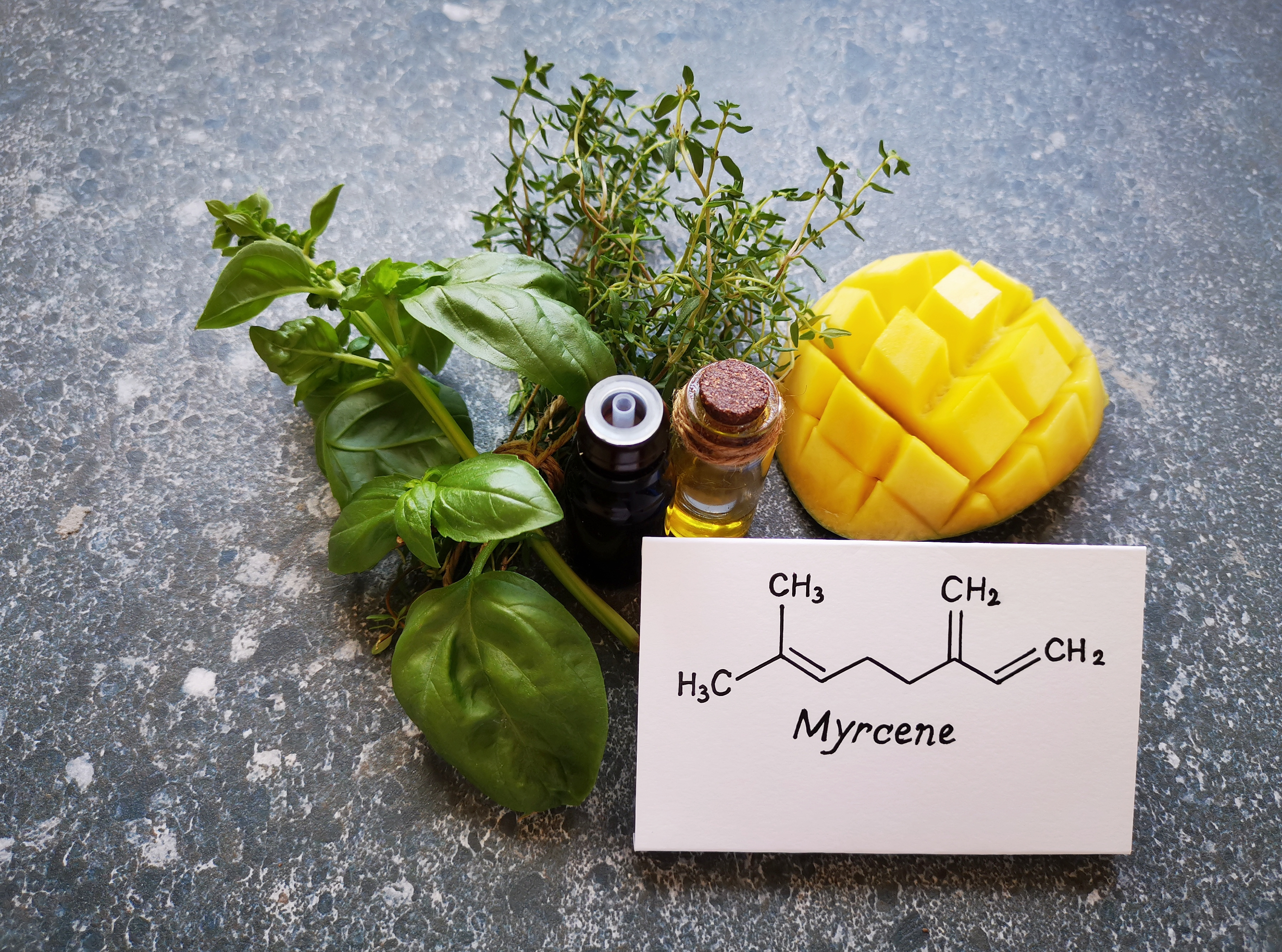 Myrcene is the most common terpene in cannabis. It’s also found in hops and herbs like thyme, parsley, and bay. Its pleasant smell is earthy and musky, and it gives cannabis its characteristic, slightly sweet scent.

Your favorite craft beer contains plenty of myrcene, too. It creates the herby flavor of fresh hops. Outside of the cannabis world, myrcene is commonly used to produce perfumes. It breaks down quickly, so it’s often used as an intermediate step to create other scents.

What Are the Possible Effects of Myrcene?

Before we go any further, it’s important to note that research on terpenes is limited. Scientists are only just beginning to explore the effects of individual terpenes and the entourage effect. So much of our knowledge about effects comes from anecdotal evidence or animal studies.

Myrcene is commonly known to have a sedating effect. Strains like OG Kush and Girl Scout Cookies have a high myrcene content. If you overdo it on a myrcene-heavy strain, you could find it hard to leave your bed for the next few hours.

And another study on mice found that myrcene reduced inflammation too. But it’s not yet clear how this works in humans using cannabis in the real world.

The jury’s still out on this one. However, it’s thought that myrcene could speed up the absorption of THC and CBD into the body. That means it would give you a more potent high without increasing your dose.

Loads of cannabis strains contain myrcene. In fact, if you buy cannabis flower at all, you’ve likely already experienced the effects of a high-myrcene strain. If you need a little inspiration, the following are some of our most popular myrcene-dominant strains.

This legendary strain is known to leave you feeling relaxed, focused, and content. Its smell will remind you of a hoppy beer, and it tastes earthy and spicy.

A sedative and deeply relaxing strain, Girl Scout Cookies is popular with both recreational and medicinal cannabis users. The myrcene enhances the high THC content for a powerful and all-encompassing experience.

Mangoes contain lots of myrcene, which is why some cannabis users will eat mangoes to try to prolong their high. While we can’t guarantee that will work, we can guarantee that Mango Kush is delicious, relaxing, and awesome for easing stress.

Another infamous myrcene-dominant strain is Pineapple Express. It’s more energetic than other myrcene-heavy strains and will leave you focused, creative, and relaxed.

Understanding the terpene content of different cannabis strains can help you understand what you like. It opens up a whole world of new experiences to explore. Try some of our favorite myrcene-led strains and discover what works for you.