CODERS WANT TO KNOW: WHAT ARE THE BEST STRAINS FOR PRODUCTIVITY?

THE BEST STRAINS FOR PRODUCTIVITY

It’s no secret: a lot of developers like the ganja. Anecdotally speaking, a lot of programmers claim cannabis helps them code better. Not all developers, of course, but definitely a sizeable number. Keep in mind, everyone uses cannabis differently. We’re going to explore some of the best strains for productivity, specifically for developers.

A developer from Microsoft argues that cannabis is great for “some aspects of coding,” like “idea generation” and “problem-solving,” while others find it’s helpful throughout the entire development process. It really is highly individualized and how various strains will affect you depending on your unique physiology. Nonetheless, there’s one thing nearly everyone agrees on: leave the weed alone when you’re debugging.

Cannabis isn’t just popular among developers for its psychotropic effects, programmers are at high risk for developing chronic pain conditions such as carpal tunnel syndrome. Others use cannabis to treat insomnia.

Of course, not everyone wants to code high. But fear not: we’ve included a couple of high-CBD strains on our list.

(Note: Despite there being a subtle distinction between the terms “programmer” and “developer,” the terms are often used interchangeably, as we do in this article.)

For those programmers who don’t want psychotropic effects, but would like a productivity boost, this popular hybrid ACDC strain may be just what the doctor ordered.

With a minimal amount of THC and sky-high CBD (often reaching 20%), ACDC produces almost no psychoactive effects. Shortly after consuming, you’ll likely feel a calming and uplifting effect and a focus boost. If you have anxiety, ACDC can help melt it away.

A balanced hybrid, ACDC is usually 50%/50% indica/sativa (although sometimes can lean sativa) that was created by crossing a Ruderalis (hemp) and Cannatonic. It’s such a versatile strain and has won a number of Cannabis Cup awards. It definitely ranks high on the list of best strains for productivity.

Named after the famous cannabis activist and founder of the modern cannabis legalization movement, Jack Herer, this sativa dominant strain is popular with writers, artists, and coders. A descendant of Shiva Sunk, Northern Lights #5, and Haze, Jack Herer is known for producing potent cerebral effects that are perfect for concentrating or brainstorming solutions to problems (hence why it’s so good for coding).

Another CBD-rich strain, sativa-dominant Harlequin is known for having minimal psychoactive effects, yet highly effective in aiding concentration. However, it has a narrower THC to CBD ratio than ACDC (the CBD to THC in Harlequin usually runs at 5:2), meaning some users may feel some mild psychoactive effects.

Not only is Harlequin a great strain for focus, but it’s also an incredible all-around strain that can be attributed to its impressive genetics that includes several landrace strains: a Nepali indica and sativa landraces Colombian Gold, Thai, and Swiss.

Commonly called, Sour D, is a highly versatile strain that’s as great as it is for boosting productivity as it is for treating a wide array of ailments. Although sativa-dominant, Sour D is about 20% indica, which may partly explain why it’s so versatile, providing a cerebral head high with mild sedative effects.

Many programmers claim Sour D is great for “getting in the zone” and creative thinking. Its most prominent effects include euphoria, creativity, energy, and focus. It’s not uncommon for THC to reach the mid-20s, so a little can go a long way. 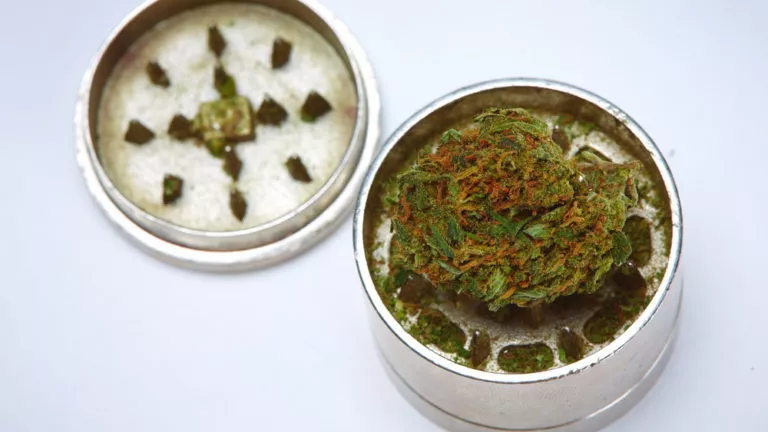 Durban Poison, a legendary South African sativa landrace strain (meaning it’s pure and unadulterated), Durban Poison may top the list of best strains for productivity. Famous for it’s clear-headed, stimulating effects and its ability to promote focus, Durban is a reliable go-to strain that is hugely popular among developers. In fact, Durban has been characterized as the “espresso of cannabis.” No wonder it’s so popular not only with programmers but with people who have ADHD. Who needs Adderall when we have Durban Poison?

This list is far from exhaustive. For more ideas on strains, check out our interactive menus (the Origins Lifestyle Spectrum.)

Now before you go out and get some herb to code with, here are some final words of advice…

For the best cannabis strains that will accentuate your state of mind, take a look at our Lifestyle Spectrum and menu. Stop by a top rated dispensary near you in Seattle or Oklahoma City to meet with a cannabis guide that will help you find the perfect product to accompany your desired journey.