What is the Meaning of 7/10 and Where does it Come From?

Whether you are or aren’t a fellow follower in the cannabis community, most know and understand the date 4/20. Recognized as the day to celebrate and partake in the consumption of bud, 4/20 isn’t the only date like this. July 10th aka 7/10 is slowly paving its way to becoming the 420 for cannabis concentrates. Continue reading for more information about 7/10, the origins, and the best ways to celebrate! 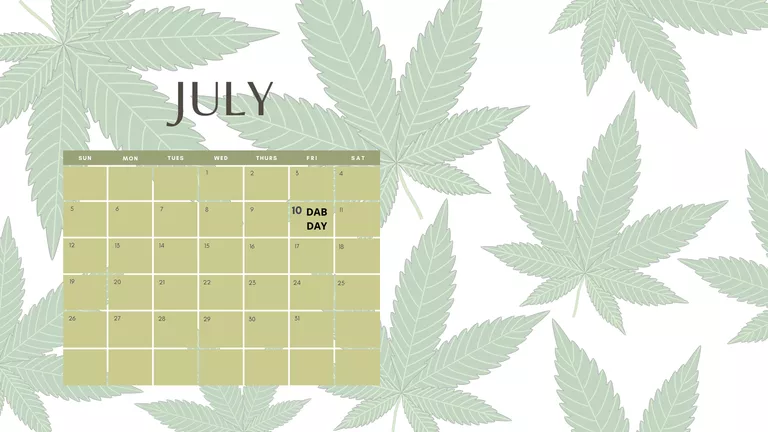 July 10th, aka dab day, is becoming notorious for the celebration (and consumption) of cannabis oil products like dabs and cannabis concentrate. Something unique about the number 710 is when turned in reverse or flipped over it spells out the word "oil." In the cannabis industry, the term oil is utilized to depict exceptionally strong cannabis products or extracts like shatter, wax, live resin, hash oil, etc.

A similar way, 420 represents April twentieth is comparative in the manner that 710 represents July tenth. The way cannabis consumers light up on 420, is similar to the way concentrate lovers pull out their rigs and dab up on 710. Despite the fact that these two dates depict a comparable thought in praising cannabis they are totally different in all reality. However, for cannabis consumers of all sorts, these dates are simply one more reason to honor cannabis!

When you hear the term 420 friendly what is the thing that comes to your mind? The vast majority, frequently partner this expression as an approach to communicate their acceptance of partaking in the consumption of cannabis or accepting someone who does. “710-friendly” allows concentrate users to depict that they are open to cannabis concentrates explicitly. As cannabis concentrate consumption continues to expand this term will probably be used on a mainstream level.

For most, 7/10 is just another day on the calendar. The real question is who came up with 710 and where did it come from?

As cannabis legalization continues to rise throughout states, concentrates are gaining popularity. This could be one reason why concentrate lovers chose to step away from the date 4/20 and make their very own. There is still some mystery and speculations that lie behind both the origins of these dates.

Most can agree that one of the speculations on how 4/20 came to be was from a small group of teenage boys who started smoking cannabis after school at 4:20 p.m. However, where precisely did 7/10 come from?

One theory that lies in the cannabis industry is the idea that concentrate users wanted to make their very own period during the day that didn't reverberate the time 4:20. On the other hand, some suggest that Dab Day began from the 710 Degree Cup, which is a concentrate judging competition that is held on July 10th. There also has been conversation that the origins could be based on the way that 710 backwards spells "oil.” As of right now, there hasn't been anybody that ventured forward to claim they discovered this unofficial holiday.

Until then, the beginnings behind Dab Day will remain mysterious.

Now that you know more about 7/10 and where it originated, let’s take a dive into the best ways you can celebrate! If you want to celebrate Dab Day yearly or maybe daily at 7:10 we have some ideas and products for you!

To partake in the celebration of 710, there are three ways of wax consumption that we recommend you try this dab day!

The first method involves purchasing a rig or water pipe that is designed for taking dabs. If you don’t want to spend the money, maybe ask a fellow cannabis friend to borrow their equipment! Before placing your concentrate in the nail of the rig or water pipe, be sure to heat it with a butane torch for the proper amount of time. If hot enough you won’t obtain the full effect from consumption.

Next, is using a vaporizer for concentrate consumption! This method allows for an easier, more accessible, and compactable way to inhale your wax of choice. One disadvantage from utilizing a vaporizer is that it is less powerful than the other two methods listed. On the bright side, this may be a more beginner-friendly option!

The last method recommendation is by using an enail. This is more convenient than a rig, but not as convenient as a vaporizer. This device is not only portable but battery-powered! That means you don’t have to use a torch, which is arguably the best part.

These are just a few of the various ways to consume concentrates. The choice is really up to you!

Did you really think that Origins would let you celebrate 7/10 without dab deals? Below displays the list of deals that Origins has to offer this July 10th! 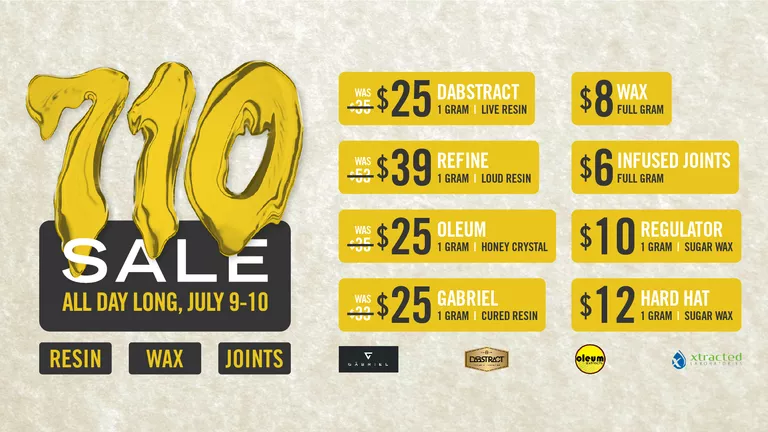 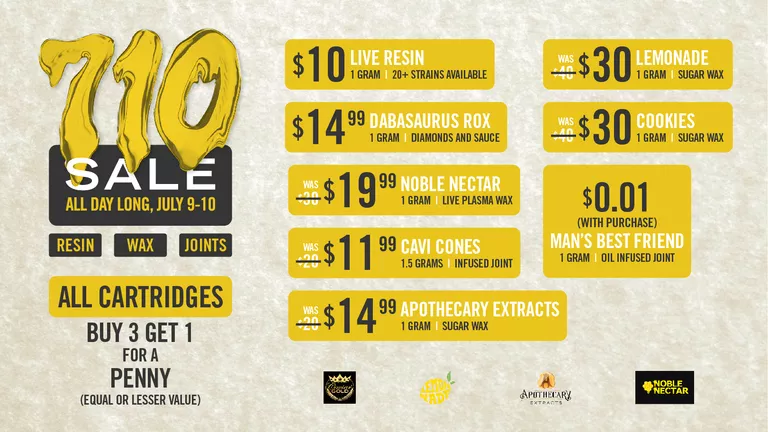 Dab Your Day Up With Some Final Thoughts

Keep in mind that taking dabs affects everybody differently and can be risky if you don’t know what you're doing! Unsure if this is the right consumption method for you? Swing by yourlocal dispensary and talk to a cannabis professional. Budtenders are aware of the proper consumption levels and the potential side effects that may occur. In the case that you are new to cannabis, they may suggest switching or starting off with a different consumption method. Just because you don’t consume cannabis through wax doesn’t mean you can’t celebrate Dab Day! Light up like 420 to take a rip for 710 on this Dab Day!

Make sure to avoid using fake products by using our tips to spot fake cannabis products.

At Origins Cannabis, we want to make shopping for high-quality products easy. Check out our store page for a wide range of lab-tested cannabis and cannabis products. With our unique lifestyle recommendations, you'll never have an easier time finding your ideal effects!